What Is Verb Tense and Why Does It Matter? 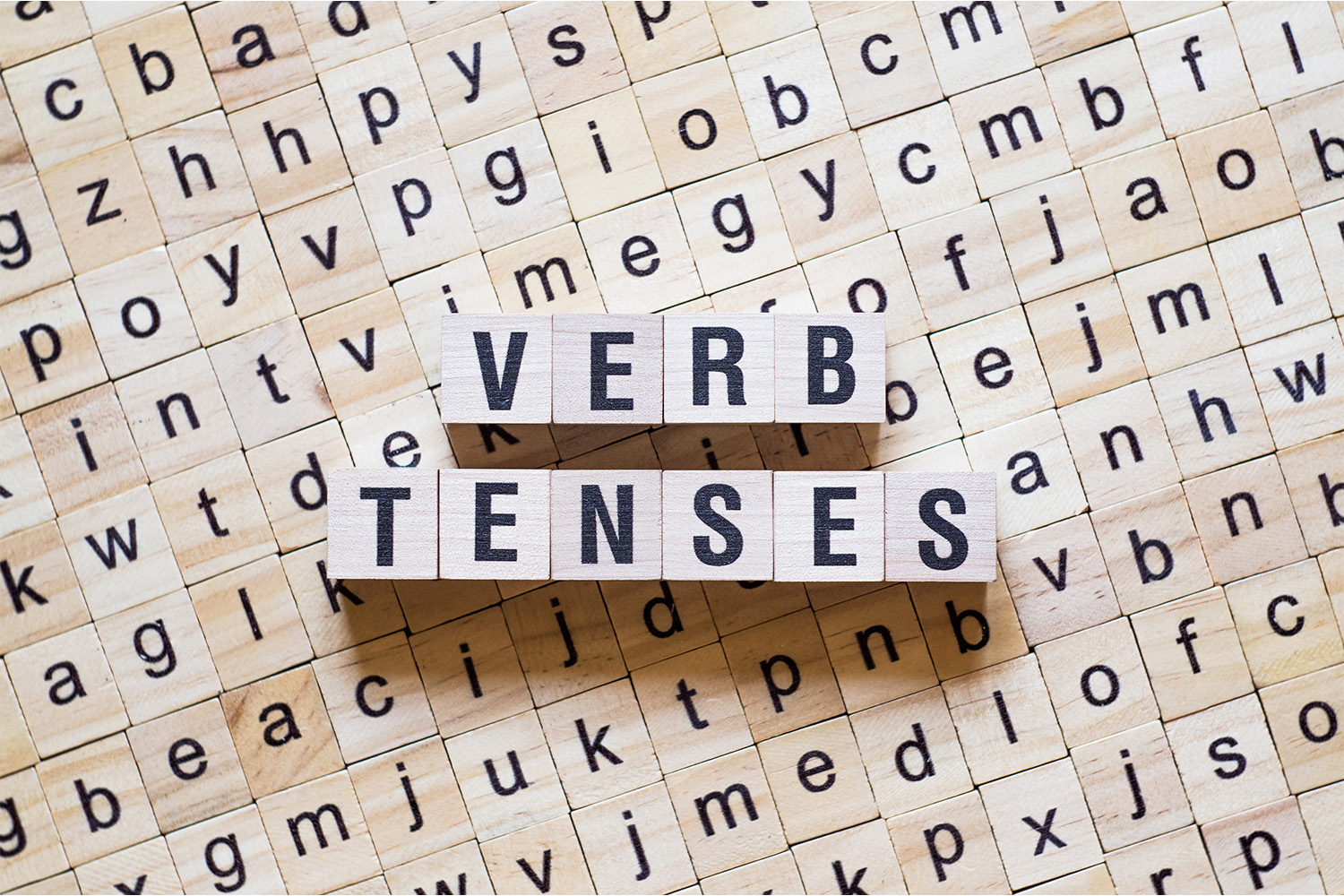 Verb tense determines how a verb is expressed in relation to time. Is the action or state of being currently happening? Did it occur yesterday, or will it happen at a later date? That’s the question verb tense answers.

Using the correct verbs is essential to communicating your meaning and creating the context for your message. Below, Poised explains verb tenses and voices in more detail.

What Is Verb Tense?

Typically, the verb will appear slightly different depending on the tense. Sometimes, you’ll need to use a helping verb to complete a grammatically correct sentence.

Before we go any deeper into verb tense, let's review specifically what a verb is. A verb is a word in a sentence that indicates an action, an occurrence, or a state of being. A sentence cannot be complete without at least one verb. Verbs are part of a sentence's predicate, which is the section that gives us information about the subject.

Remember that tense refers to the period in which a sentence's action happens. It's simple enough to remember three verb tenses, but as with many things in the English language, there are caveats to consider. Past, present, and future are the three essential verb tenses, but each one has its own variations and sub-tenses.

In that light, there are 12 total English verb tenses. It's essential to categorize each of these as a tense form of its primary time span.

What Is the Present Tense?

Things start to get a bit tricky with the other two present sub-tenses.

What Is the Past Tense?

As with the present tense, there are four sub-tenses of the past tense. Notice the identical terminology except that the word present is replaced by the word past.

Here are some example sentences:

What Is the Future Tense?

Finally, the future tense has four of its own sub-tenses. These are relatively easy to remember since they follow the same pattern as the other verb tenses.

What Is Verb Voice?

Simply put, verb voice describes the relationship between the subject and the action of a sentence. The active voice suggests the subject is doing the action (Barry clinches the stone in his hand.) The passive voice indicates the action is occurring to the subject. The subject would generally be the object of the main verb.

An infinitive is a basic verb with “to.” A form of “to be” must serve as a helping verb in addition to a past participle for a sentence to be written in the passive voice. In the majority of passive voice sentences, the subject appears after the verb with the word "by" between the subject and verb (The stone was clinched by Steve.).

Let’s take a closer look at the passive and active voice:

What Is Passive Voice?

Review these sentences written in the passive verb form:

As you can probably tell, the passive voice can be a bit awkward. This verb form is necessary for some formal writing, and it’s occasionally necessary for informal writing. It’s usually best to stick with the active voice for clear and concise business communication.

What Is Active Voice?

In a sentence written in the active voice, the subject performs the action of the sentence, and the subject always precedes the verb. The active voice is widely considered to be clearer and more concise. It’s almost always preferable to the passive voice when it comes to delivering a message to an audience.

Let's look at these updated example sentences that were changed to the active voice:

Why Do Verb Tense and Voice Matter?

The verb tense with which you write or speak dictates when the action or the state of being in a sentence occurs. There is a big difference between saying that "Laura opened the mail before jumping with joy" and "Laura always opens the mail and jumps with joy." Since you don't want to describe a single time in two different tenses, keeping verb tense consistent throughout a clause is essential.

Additionally, the voice you choose to write and speak is essential. Remember that using the active voice will help you communicate your message more concisely and clearly unless you’re writing scientific, medical, technical, or other formal content. Writing in the passive voice changes the form of the verb, among other elements, and can muddy up your message.

Verbs are the most variable component of a sentence, and every element of a sentence is related to the verb in one way or another. The specific verbs you use significantly impact your performance as a communicator.

Expand your vocabulary and replace some generic verbs with more impactful ones. You’ll notice a major difference in how well you can engage your audience!

It's also important to be mindful that you’re using the correct form of verbs when writing and speaking. Using the incorrect form of a verb, or a verb that is too general, can confuse your audience and harm your message.

Here are a few examples:

Incorrect: Oscar lied his book on the floor.

Correct: Oscar laid his book on the floor.

Incorrect: Corrine sets down in her favorite chair.

Correct: Corrine sits down in her favorite chair.

Even Better: Corrine daydreams in her favorite chair.

In the last sentence, we learn more information about Corrine because the verb is more specific. Communicating that she daydreams in her favorite chair reveals more about her situation.

Knowing how to write and speak the correct verb tenses and voices for the situation is critical for communicating clearly. After all, people need to know when your verbs are taking place!

As you continue to improve as a communicator, look into an AI-powered coach like Poised. The software will give you feedback on various metrics, including your most frequent words, filler word usage, empathy, confidence, and many others. You’ll get real-time tips without anyone knowing you’re using the coach!

Verb Form and Rhetorical Function in Science Writing: A Study of MS Theses in Biology, Chemistry, and Physics | ScienceDirect

Microsoft Teams vs. Google Meet: Which Software Is Better?

5 Communication Industry Trends for Remote Work to Expect in 2022

How To Start a Conversation in a Professional Setting