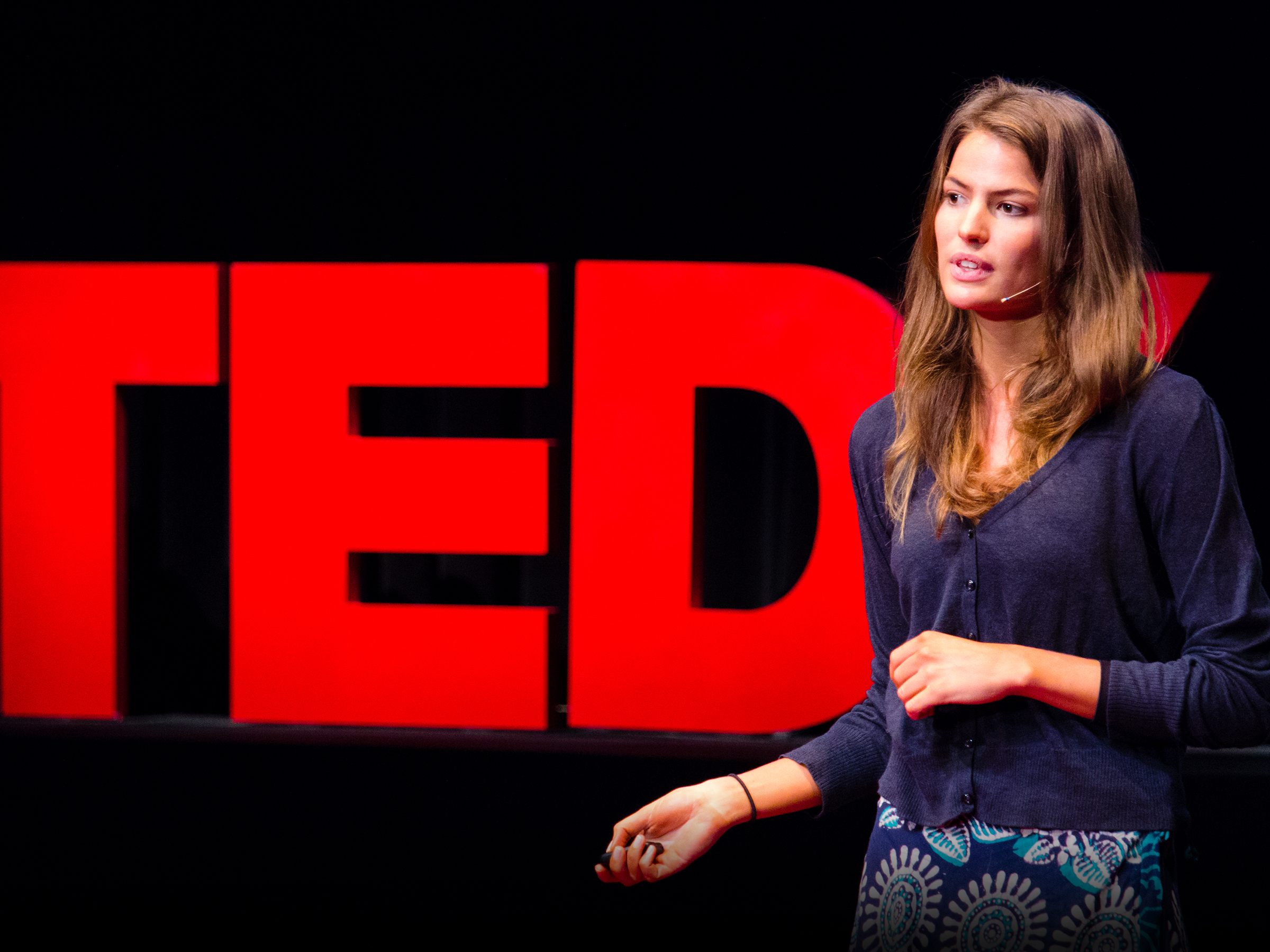 Poised, the world’s most advanced AI-powered communication coach, analyzed some of the most popular TED talks to find the best speaking performances and the results were surprising.

How I Held my Breath for 17 minutes

Some of David Blane’e strong suits are the organization of his talk and storytelling abilities. His even-keeled pace and intentional pauses (35%) help bring the audience along on his physical and emotional journey, and let his completely insane experiences really sink in. We’re not sure how you can maintain all of your braincells at 12 heartbeats per minute, but we’ll leave that part to you, David.

A few shortcomings: was very monotone throughout his entire 20 minute talk, and often used a negative tone, but hey it’s all part of his schtick; maybe we would too if we were recounting our multiple near death experiences.

All in all, David, you are an absolute psychopath, and we love it.

The danger of a single story

Chimamanda used an impressively low number of of hedging words at 1.8% (think “just, kind of, perhaps”), which can often be subconsciously used to diminish the value of what a person says or amount of space that their thoughts take up. So, kudos to you Chimamanda. Her illustrative examples of life in Africa really helped shape the story for listeners.

Where she lost points: She tends to lean on “so” as a sentence opener and had 8% filler words overall. We’d recommend she takes a moment to silently pause and think about her next sentence instead of using “so.”

Our favorite part? Her response to a racist comment about Nigerian men being abusers: “I just read American Psycho, and it’s such a shame that young Americans are serial murderers”

How to have a better conversation

Celeste is one of our strongest resisters of filler words, coming in under 1%. She took liberal pauses in between thoughts toward the beginning of her talk, which is an effective tactic for capturing the audience’s attention at the get go. Then she was able to speed things up after she’d already hooked the audience’s attention.

In this seminal talk about inspiring action, Simon has great confidence, strong energy, and a very engaging style that draws viewers in and impresses with his knowledge of life and business. With less than 1% filler words, speed of 187 WPM (which Poised considers slightly fast), and nicely pausing in 27% of his sentences, Simon strikes the perfect balance between content and style. After all “People don't buy what you do, they buy why you do it” has been coined as one of the most popular UX philosophies in business.

Simon, your Poised score is 94.

The next big outbreak

With frightening accuracy, Bill speaks about the COVID pandemic 5 years before the pandemic even occurs. While his content is what really makes this talk soar, he had a strong grasp on stylistic elements too: only using 1.7% filler words, and pausing 38% of the time, and speaking at 158 WPM which is a steady and easy-to-absorb to pace, maybe even a little slow for us. All in all, an impactful talk and when Bill spoke, maybe we should have listened.

10 things you didn't know about orgasm

Why they excelled: her use of historical examples to establish credibility, use of humor to dispel discomfort while talking about an uncomfortable topic, and the shock-factor of including examples of pig stimulation really perked up the audience. She lost some points due to a higher filler word count (3.9%) and faster pace (177 WPM) than some of our other speakers, but what really strikes us about her talk is her authenticity. Mary, Poised gives you and your pig orgasm a 91.

How to speak so that people want to listen

Jullian's demonstates strong signposting at the beginning of each section of his talk, framing up the positive and negative elements of speech before diving into more detail. Our strongest filler-word-buster, coming in at only 0.8%. Kudos for mentioning a whole lot of Poised features such as pitch, pace, and low energy (monotone)!

Julian, your Poised score is 94.

What makes a good life? Lessons from the longest study on happiness

Robert is soft-spoken, even-keeled, and well-practiced. His talk is relatable to many because it’s no secret that everyone’s searching for the key to happiness, yup, even us. We loved the emphasis on relationships to help us thrive, but not just any relationships- quality relationships with minimal un-resolved conflict is what matters. We can all live a bit happier healthier if we take a minute to slow down and listen to Robert’s advice.

Sometimes, slow and steady wins the race. Robert, Poised gives you a 92.

The Power of Vulnerability

Brené, we just adore you. Your super relatable style, colloquial language and lightheartedness allow the audience to open up to you. She shifts her energy and tone of voice to move from humorous topics to a have a more vulnerable conversation around shame. What we love so much about this talk is that she uses silence so loudly.

Brené, your Poised score is a solid 90.

Inside the mind of a master procrastinator

We’re all victim to procrastination, which is why we also procrastinated watching your video until very last ;) We love his analogies about the instant gratification monkey who so annoyingly gets in our way of short term goals. But his description about how long term procrastination can stop you from going after your life’s goals? So inspirational, so meta.

Our favorite quote: “Procrastination has made people feel like a spectator in their own lives.”

Tim, your Poised score is 93. Your self awareness is extremely on point.

Productivity Apps That Set Your Team Up For Success

Interview Questions That Are Commonly Asked

How To Have Hard Conversations on a Remote Team